IKEA was an early adopter of the plant-based food movement when it launched a vegan version of its Swedish meatballs in 2015. Since then, the furniture giant has explored other ways to reduce the carbon footprint of its food offerings.

As part of its sustainability commitments, IKEA is also working to make its bistro menus 50% plant-based by 2025. It also aims to have 80% of its meals packaged are herbal within that time.

IKEA’s Swedish parent company, Ingka Group, is looking to take things a step further with the upcoming launch of Saluhall, a Nordic-focused food hall that will initially serve 80% plant-based food, with a eye on 100 -percentage of vegetable origin in the future. 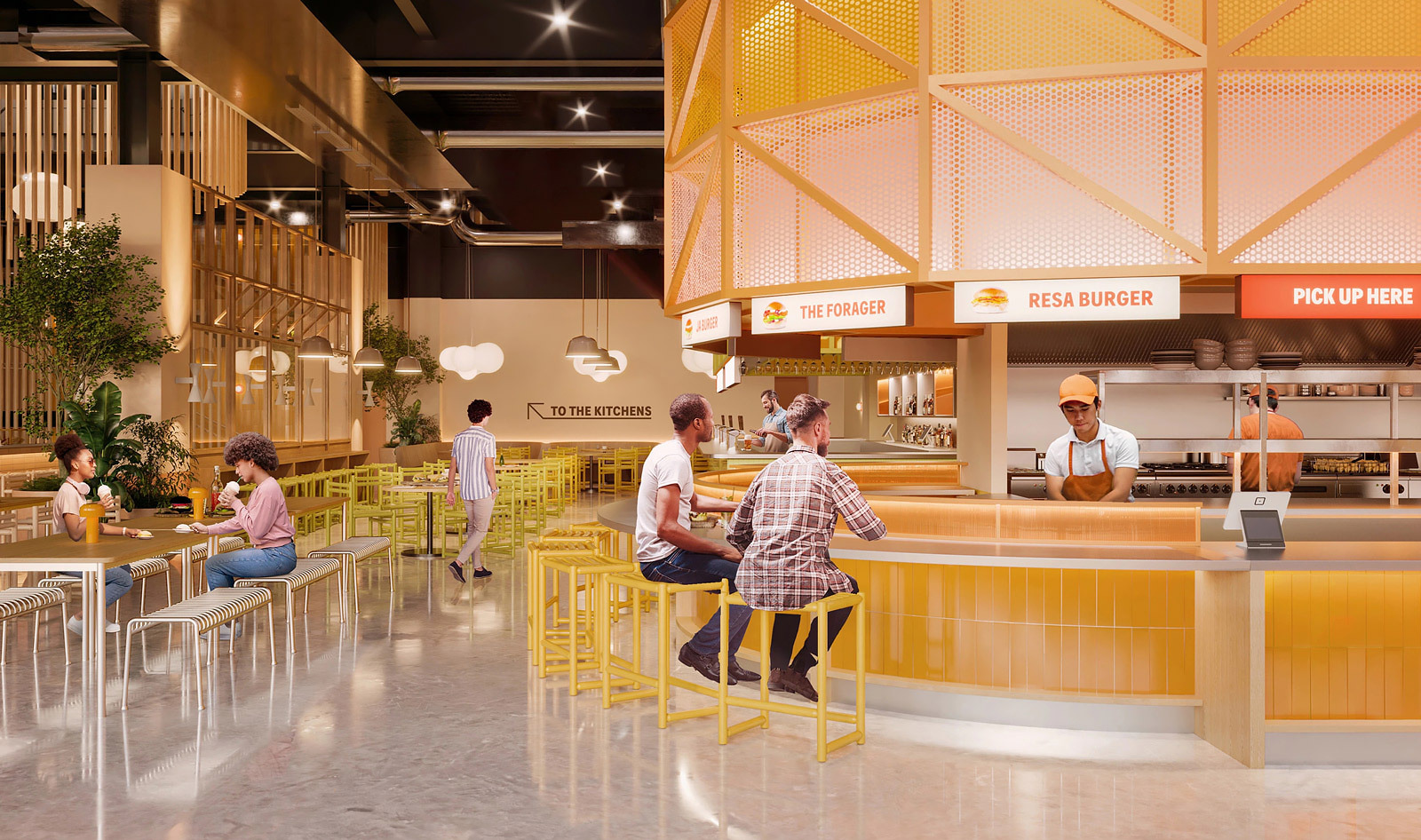 “We are delighted to unveil Saluhall, our bold and fresh Nordic take on the food hall concept,” Jens Nielsen, commercial and digital director of Ingka Centres, said in a statement. “Our food offering has long been a key part of our hangouts, and together with Saluhall, we will go beyond catering to inspire the many with more sustainable food choices, like plant-based dishes.”

Currently, there are 45 meeting place concepts operated by Ingka centers around the world. Saluhall is its first entirely beef-free food hall concept with locations in development in Changsha, China; Gurugram, India; and San Francisco, California.

Saluhall’s offering will start at 80% plant-based, but the concept will continue to evolve with the goal of becoming a 100% plant-based food hall. The menus will be built around the four pillars of Nordic street food: bread, beer, burgers and ice cream.

“We developed the Saluhall concept to make it a joyful community experience. As people come together and enjoy spending time with each other, the demand for food halls is increasing again,” Nielsen said. “Saluhall’s flexibility gives people the freedom they seek and the ability to live together.”

“We want it to be more than what’s on the menu – a modern and fresh take on the traditional food hall; giving local communities a place to meet, while eating delicious food and socializing together in an even more inclusive and sustainable way,” said Nielsen.

While exact menu items have yet to be revealed (and will vary by location), the menu will include oat milk ice cream, plant-based burgers, and other herb-based dishes. seasonal and local ingredients, all at affordable prices.

“Saluhall revolves around food and drink, but it’s much more than eating and drinking,” said Stephane Keulian, head of F&B concept development at Ingka Group, in a statement. “It’s inspired by the New Nordic Food Manifesto movement that started almost twenty years ago.”

Saluhall will also operate a cooking school which will be open to the public, with kitchens available for locals after office hours. The food hall will also donate any leftover food to support surrounding communities.

“Through lectures, culinary experiences and a cooking school, Saluhall will be a natural place that brings people and local businesses together. And we’re not doing it alone,” Keulian said. “We’re teaming up and connecting with other visionary minds eager to reinvent the idea of ​​the traditional food court and bring a taste of local culture to Saluhall.”

While Saluhall is a separate concept from IKEA, the furniture chain’s bistro is also becoming a haven for plant consumers around the world. Building on the momentum of its first vegan Swedish meatballs, in 2020 IKEA launched a new, meatier vegan meatball (called “veggie balls”) on bistro menus in Europe, Asia, the United States and the United States. States and other regions. 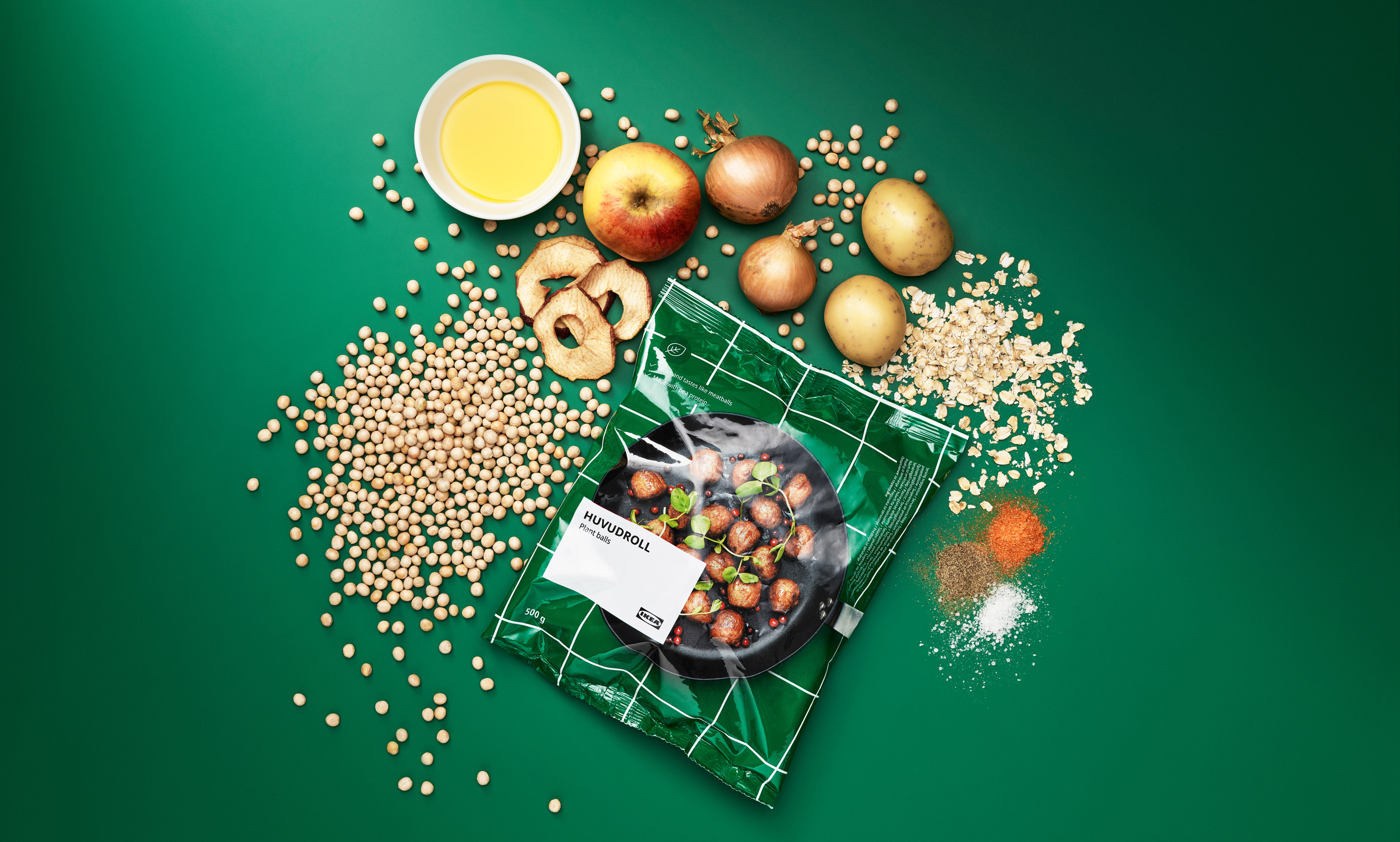 Also available in its grocery section as HUVUDROLL, the vegan meatballs are made with protein from yellow peas, oats, potato, onion and apple, and make up just 4% of the fat. carbon footprint produced by its meatball made from animal meat.

IKEA sells over a billion meatballs each year and to meet its climate goals, it offers consumers plant-based versions that can spark a sustainable transition. “If we were to convert around 20% of our meatball sales to veggie balls, that would mean a reduction of around 8% in our climate footprint for IKEA’s food business,” said Sharla Halvorson, head of health and sustainability for IKEA’s global food business. said in a statement.

“To reduce the climate footprint of IKEA’s food business, we need to reduce the amount of traditional meatballs we sell,” Halvorson said.

In addition to vegan meatballs, IKEA also added vegan hot dogs to its menus in 2018; introduces plant-based chicken to the US and UK; developed an extensive vegan menu in Japan; and experimented with a number of other herbal innovations. Last year, for the month of June, IKEA added vegan horse-shaped pork cutlets to its menus in Hong Kong made by local company OmniFoods.

For the latest vegan news, read:

Anna Starostinetskaya is the editor-in-chief of VegNews and always keeps tabs on all things vegan in her hometown of San Francisco, California, and everywhere else.