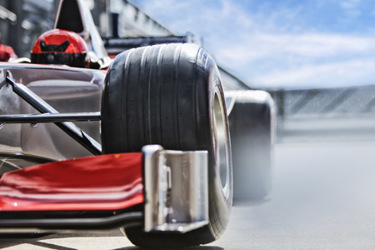 Jason Matuszewski graduated with a degree in mechanical engineering in 2013. He worked for Mazda Motorsports, applying his engineering know-how to build better and safer race cars for professional drivers. But in 2014, Matuszewski was a co-founder of a biotechnology company called BioStem Technologies, which develops regenerative therapeutics derived from human perinatal tissue for surgical and wound care applications.

I know you are wondering about this abrupt transition. Be patient while I do another introduction.

Andrew Van Vurst was an American Marine. From 2010 to 2013, he managed maintenance and flight schedules for USMC HMHT 302 Training Squadron. In 2014, he partnered with Matuszewski to found BioStem.

Now you say, maybe out loud, “wait what?”

Hang on. Another presentation.

Until recently, Chip Van Vurst was a professional racing driver who spent much of his career driving Mazda race cars. He is a multi-time national champion, two-time brain tumor survivor and the father of Andrew Van Vurst.

The Genesis of a Commercial-Stage Regenerative Medicine Company

Chip Van Vurst’s approach to his cancer diagnosis was what one would expect of a professional racing driver. Warned that there were no approved or experimental therapies in the United States to treat his condition, he repeatedly visited the Karolinska Institute for gray matter radiation therapy treatments. These treatments left Chip with stroke-like symptoms, including mild paralysis, slurred speech and fatigue. The experience led him to a global search for alternative treatments. He became a medical tourist, receiving umbilical cord-derived cell therapy treatments in the Dominican Republic and Guadalajara, Mexico. Impressed with the results, Chip began a journey down the rabbit hole of cell therapy. That was over a decade ago, when experimental cell therapy treatments were rare and still controversial here in the United States.

With first-hand experience in regenerative medicine and an insider’s view of the business opportunity it presented, Chip decided to take action. It would acquire Caribbean International Holdings, the company that facilitated medical tourism that led it to cell therapy options in the Dominican Republic and Mexico, and turn it into a US-based regenerative medicine company. When those wheels started turning in 2013, Chip decided to build a leadership team

His son, Jason, was the perfect ops guy. Focused on military tasks, good at logistics and committed to his father’s cause, the young Van Vurst was fully into the role of chief operating officer. To lead the front office, Chip needed someone who would quickly understand the mechanics of regenerative medicine and work at a fast pace to get the business back on its feet. This brings us back to Jason Matuszewski, the Mazda factory race team mechanic that Chip had worked with Jason at the trackside. Chip trusted Matuszewski with his life, after all. Matuszewski was the guy in charge of making sure Chip and his car finished the races in one piece. For his part, Matuszewski did not hesitate to seize the opportunity. Fascinated by materials science, he jumped on board and quickly changed his mindset from engineering synthetic materials found in machines to cellular materials grown in humans.

From steering rods to stem cells

At this point in the story, you’d be excused for questioning the legitimacy of what might look like a mindless life sciences company based on emotion and currency. But, in 2018, BioStem acquired assets from ANU Life sciences to accelerate its development of human tissue allografts. Today, several perinatal tissue allograft products have already been brought to market, all developed and manufactured at the AATB-accredited 6,100 square foot cGMP manufacturing facility in Pompano Beach, Florida. The facility includes several ISO 5 and ISO 7 suites designed for commercial production of HCT/Ps.

BioStem may be a small player in the growing regenerative therapeutic space, but the pace of the company’s progress cannot be denied. Want to know how they do it? Tune in to episode 116 of the Business of Biotech podcast and listen to it from Jason and Andrew themselves.