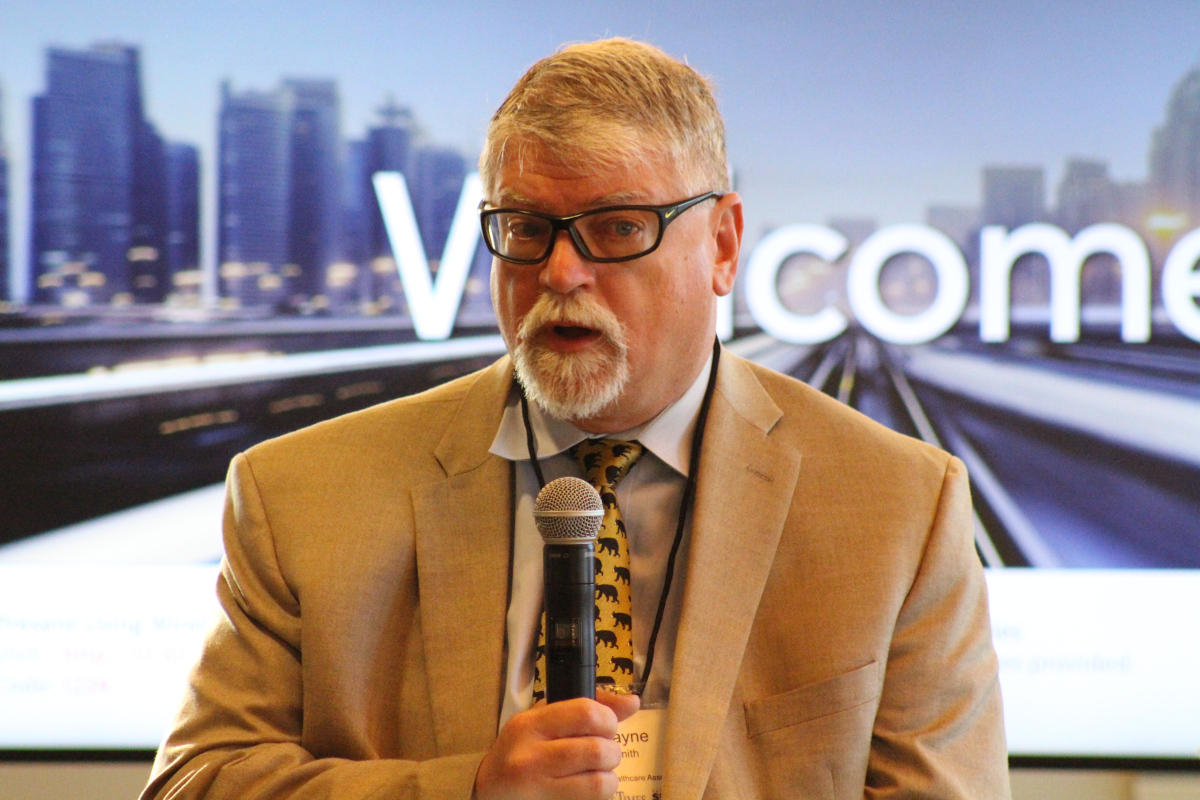 Wayne Smith, president and CEO of the Delaware Healthcare Association, will step down from his industry leadership role next year after 15 years with DHA. | DBT PHOTO BY JACOB OWENS

DOVER — Wayne Smith, who served as head of the Delaware Healthcare Association for 15 years, announced that he would step down in the new year.

Smith, 60, told the Delaware Business Times it was time to move on based on advice from good friend and former ChristianaCare president and CEO Bob Laskoski: Everyone should stay in the same position for 10 years.

“I exceeded the length of stay by five hours. It was a great race, but it’s time for a change of pace,” said Smith. “I don’t know what the next chapter will be, but I’ll be looking for something empowering and meaningful to the community that gives me the flexibility to be with those I love.”

He will continue in an advisory role until February 2023. The Delaware Healthcare Association Board of Directors is tasked with hiring his replacement, which would include contracting with a hunter company. head for a nationwide search, and could extend beyond Smith’s final days. The Board of Directors will have the final decision on the next CEO and President.

Smith’s journey to the role of top trade association has been a winding one, as he started out in construction, working his way up to executive vice president at leading local firm George & Lynch. He then moved into a senior position with the financial advisory firm Janney Montgomery Scott.

Throughout the 1990s and early 2000s, he juggled his career with a political role, as a Republican Representative for the Brandywine Hundred. There in the state house, he also rose through the ranks and became the House Majority Leader, until stepping down in 2007 to lead the Delaware Healthcare Association.

“During Wayne’s tenure and through his leadership, we have maintained a very positive environment in which to deliver hospital services. Wayne leaves a strong association with a dedicated and talented staff,” said Penny Short, President of TidalHealth Nanticoke Hospital and Chair of the Delaware Healthcare Association Board of Directors.

Over the past decade and a half, he has learned the ropes of the intersection between politics and health care, particularly with Medicaid and Medicare. Over time, association members have grappled with payment reform models, pushed by the Affordable Care Act and federal systems to help uninsured patients.

“We’ve moved from a system that had local variations to ACA, and now we’re really starting to see an expansion of opportunities for suppliers. We see telehealth and home visits. We’re seeing health care systems really sit down and think about the social issues at play when it comes to health,” Smith said. “Over the years we have seen the approach become more focused on how to prevent patients from going to hospital in the first place. What care is needed to catch these problems? It is an evolving landscape.

Among his proudest moments at the Delaware Healthcare Association, Smith highlighted his role during the COVID-19 pandemic as it enabled him, the association and its members to carry out some of his most rewarding jobs.

This work includes establishing a hospital relief fundrapid launch of certified nursing assistants (AIIC) training activities for members of the National Guard, and recent efforts to funnel over 200 registered nurses to local hospitals during the pediatric RSV and influenza outbreak.

“I have to do things that would never happen in ‘normal’ times…it was big, meaningful things that had to turn into a dime because of the crises ahead of us. Governor John Carney and his team have been excellent partners in these creative and timely actions,” added Smith.

When it comes to the future of Delaware’s healthcare landscape, Smith said the biggest challenge will be aging demographics.

“Delaware is the fifth oldest state. When people move to Boulder, Colorado, it’s usually young people who need treatment for a sprained ankle. Here, it’s retired people who may need knee replacements,” he said. “The question of our time will be how to deliver expansive treatment, but also how to cope with the scale of the costs.”